History of the company

History of the company

Vlado Karoly, the founder of the GMT Company:
»I must admit that I have never thought about how other people see me. As a matter of fact, I have never really thought about how I see myself. Namely, we live in the century where there is not much time or space for profound philosophical thinking and soul searching but merely for concrete actions that will produce results for the welfare of humankind. Every individual is best defined principally by their actions. In life I‘ve been blessed to know just how good it feels to have your family with you at all times. The company, which was in the beginning a prime means to ensure the survival and existence of my family, has become a successful business, a successful product. I learnt a long time ago that the most important events in business as well as in personal life begin and end by making compromises. That applies to personal growth, health, business growth, human relations, moral, and improvement or power values. Looking into the past, I have no regrets that I decided to move back to Slovenia from Austria at the end of the eighties with the acquired experience in the automobile industry and set up a family business. However, not many people know that the first job of the GMT Company was not sale of auto parts but construction work where we performed excavations for different Slovenian and, at that time, also Yugoslavian companies..«

1992 – Sovereignty of Slovenia brought about new opportunities on the market, and principally the conclusion that at home, it is only possible to buy spare automobile parts for cars from Eastern countries, such as Zastava, Yugo and Lada. Automobile parts for vehicles from the West, mainly Germany and France became the market niche and therefore the GMT Company opened the store in Murska Sobota in 1992 with two employees and 35 square meters of sales and warehouse area.

1996 – As the sales growth was rising, the need for expansion of the company, bigger sales and warehouse areas was getting bigger and there was a growing need for a higher number of employees. In 1996, the company relocated its business to Cvetkova Street in Murska Sobota. At last, we were able to welcome the customers appropriately and offer them a wide view over the palette of different products. As the sales grew, representatives of foreign producers and big suppliers came knocking at our door that was before ready to negotiate only with companies in Ljubljana, Zagreb, Vienna or Budapest.

2002 -  After a decade of successful development, the door to new sales and distribution centre on Tišinska Sreet opens in Murska Sobota. Sales and warehouse area occupy 2.800 m2. From the very formation the value of the company has been consistent realisation of responding to customers’ wishes and a rapid response to their demand.

2003 – The vision of the GMT Company was to become the leading representative and the best supplier of quality spare automobile parts, motor oils and lubricants from the world’s producers on the global market. Even today we demand constant improvements and the top quality of spare parts; with modern organisation of business we want to achieve optimal delivery times and favourable prices for the customer. An important part of our development strategy was to bring our branches in the immediate vicinity of all customers. In 2003 new store with car shop was opened in Celje, in 2005 new stores opened in Velenje, Kočevje and Beltinci and new premises in Maribor. Until 2013, we also opened stores in Gornja Radgona, Lendava, Zagorje, Ljubljana, Ljutomer, Ormož, Radlje ob Dravi, Rogatec, Lenart and Mozirje.

2009 – At the end of March 2009 GMT successfully undertakes negotiations for the purchase of companies Castrol Croatia, Castrol Serbia and Castrol Slovenia; from 2010 the GMT Company is also the Castrol representative for Bulgaria. It is with the trademark Castrol that the world’s affiliated group British Petrol builds its partnership with the GMT Company for Eastern Europe. The cooperation has established perfectly so far. On the side of the GMT Company and the affiliated group British Petrol, the manner of partnership building was developed and verified. The GMT Company bought the existing authorised Castrol networks and upgraded them to operate even more successfully with its business culture, knowledge of the environment and organisation.

2011 – In Ljubljana, Slovenian daily newspaper Dnevnik awards prizes to the best high-growth Slovenian enterprises, the so called Gazelles.. The commission decides that, similarly as in 2006, the highest-growth enterprise in the region of Pomurje and Podravje is the GMT Company. At the same time, among the list of 500 high-growth enterprises on the national level in Slovenia the statue of Bronze Gazelle goes to the GMT Company. The same year the GMT business family already counts 76 employees who manage over 65.000 items on 15locations.

2012 – The family business GMT is yet again the regional winner among the high-growth enterprises in Pomurje and Podravje. The Bronze Gazelle on the national level, awarded by the house Dnevnik in 2011, becomes the Silver Gazelle in 2012. The management of the company once again stresses that the quality improvement of everyone and all imperatives of the GMT development is the factor which leads to innovation in the company. Precaution, progressiveness and thoroughness of including employees into new processes are a constant companion of cooperation in the company. One of guidelines of the strategy that leads into the future is the symbiosis with individual regions in which GMT operates, and in this way contributes to the social progress. Namely, the mission of every company is to show concern for social progress and success of the environment in which it operates. And with this, GMT strives towards the future.
« nazaj ... 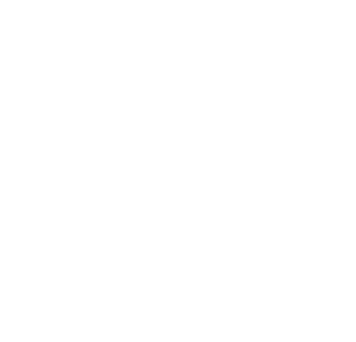